A lookup on eBay about the various barber chair manufacturers that existed in the United States from the 1800’s up to some time the mid-1900’s revealed a fascinating trend. For one, several barber chair parts are being sold or auctioned off. These parts came from manufacturers in different time periods. It’s amazing that they survived the test of time. Second, a few memorabilia exist as well, ranging from schematics to posters and ads. Finally, the condition of many of the vintage and antique barber chairs for sale are surprisingly not as bad as one would expect them to be. They’ve been used for a long time, yet they’re still functional up to this day.

Here’s a quick rundown of the top 3 most popular barber chairs on eBay’s sold listings presented in a highly summarized and visually appealing manner. The infographic is not definitive by any means and may change over time. As of February 2013, these are the top barber chairs for sale. Click on the image to make it larger and more readable (opens in a new window): 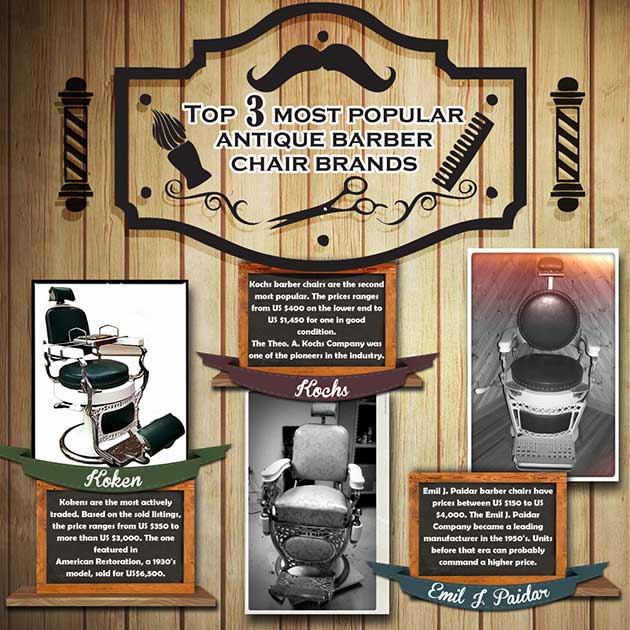